“It takes a village to raise a child....” (African Proverb)

This report presents the findings, conclusions and recommendations derived from a kaleidoscopic range of formal and informal research initiatives conducted in and with the Whitley community (a community of two wards, Whitley and Church) that explored: 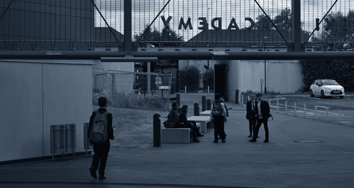 The research was commissioned by Reading Borough Council’s Housing Services, which released funding via its Decent Neighbourhood Fund to support the research proposal. The research programme is nested within a supportive partnership of agencies and organisations active within Whitley. Known as ‘Whitley for Real’ (W4R), the partnership aimed to access and stimulate the ‘local voice’ so that activities, plans and policies might be targeted more effectively. Reference to the Index of Multiple of Deprivation (IMD) for 2015, considered by the W4R partnership in 2016, indicated that both wards contain two areas in the 10% most deprived on the overall index and three areas in the 5% most deprived on the ‘education, skills and training index’ (five Lower Super Output Areas as recorded by the Office for National Statistics Indices of Deprivation). These measures of deprivation were to provide the reference points for conducting the research with relevant focus on low skill levels and low aspiration– particularly as they impact on young people growing up in Whitley.

In response to this, a project has been co-developed with the community to access the ‘local voice’ in South Reading, with the aim of influencing both current and planned activities in the area. The programme is developing in partnership with the University of Reading, the Whitley Researchers, a range of stakeholders including both secondary schools in Whitley, and the wider community.

Outcomes from the research in Whitley were to include recommendations helping housing and other agencies direct and focus funding for community improvement, establishing a trained group of young researchers who would gain future learning skills and improving working relationships between schools and parents that might prompt a mutual motivational bond between school and home. These priorities were distilled into a research remit highlighting aspiration and the relationships between home, school and community which are discussed in Chapter 3.

The Whitley Researchers agreed to carry out the research with the active support and participation of the lead agencies – the University of Reading and the Whitley Community Development Association (WCDA). Whitley Researchers is a collective of residents of all ages who are trained to carry out the research priorities they have selected – the knowledge they generate becomes the basis for practical solutions. The University of Reading through its Department of Geography and Environmental Science with research leadership, support and validation by Sally Lloyd-Evans (Associate Professor in Human Geography) headed the research programme. Lorna Zischka (Post Doctoral Research Assistant) led the data analysis and crafted most of our reports.

A group of residents from the Whitley Community Development Association prepared a Community Plan in 2015 in which they described their community as follows:

“Whitley is a geographical community located in the RG2 post code area north of the M4 and east of the A33. The area is mainly residential but has some light industrial sites situated on its western side between Basingstoke Road and the A33 which historically provided the main source of employment for the community. The proximity of the main roads out of Reading leads to many jokes about people living here because it’s easy to get away and to estate agents often omitting reference to Whitley and simply referring to the area as ‘south of Reading town centre with easy access to the motorway’. It is an area with a bad reputation”.

An added quote from a resident states:

“Whitley is a vibrant and growing community with huge potential to achieve for itself. With a single voice and community cohesion Whitley will continue to grow and challenge old stereotypes”.

This is the community within which the research was to be embedded and, evident from the quotes above, a community stigmatised but with the pluck to challenge its branding, a strong community spirit and ambition to community betterment.

The research began in May 2017. However, this beginning was the culmination of a lengthy period of preparation and consultation. Several meetings of the W4R partnership discussed and considered the research approach and its priorities. Local agencies including schools and community organisations joined in discussions. The Whitley Researchers reviewed the proposed research plan and added their thoughts and recommendations – specifically how the research was to be conducted. At the John Madejski Academy (JMA) the Whitley Researchers and the University of Reading with the support of JMA’s Paul Allen (CIAG and Visual Arts Co-ordinator) helped develop and train a Young Researcher group of ten to twelve Year 9 students. Hence, the research initiative was well grounded in some shared understandings and a willingness to be involved.

The research plan overall had a clear remit and was precise about outcomes and objectives; broadly it was agreed to adopt an ethnographic and participatory approach. However, it was felt that there should be a collaborative and visible event that helped spark the research as an exciting and engaging process. Sue Brackley at UKCIC (Reading Borough Council’s economic development arm) offered funding to support a starter activity with the Young Researcher’s at JMA.

At this point, while there was an understanding that the destination was determined, the ethnographic approach was likely to be more exploratory and open to chance research opportunities. Aspiration and links between home, school and community constituted the key focus but it was equally clear that the research task itself constituted a journey of discovery – especially for our young people who would play leading roles throughout.

In short, we had a grounded participatory style, several ‘constituencies’ to engage (teachers, schools, parents and community), a young team prepared to ‘have a go’ and the resource to mark a memorable start to the journey. One of the Whitley Researchers said “We wanted to start our research journey with young people at the same point our journey through life begins – at home. It’s our origin and creation and why not celebrate and affirm it in a most practical way – build it!”: a route from home and family to school, community and beyond.

The Young Researchers built a life-size house out of giant Lego blocks with the help of architects as they constructed a vision of their ideal ‘home’. JMA hosted the event on the 10th May 2017 and students from Years 8 and 12 worked together as a team using one and a half thousand ‘bricks’ to construct their home.

The research journey that followed is traced in detail in this report. However, what it also reveals is the huge variety, richness and volume of data collected – so great on all counts that the research descriptions contained here represent only the foremost and most significant elements in each item of research. Readers are encouraged to access the full reports using the links provided.

The report is structured around the research journey beginning with a review of the relevant literature and an outline of the research methodology; it then synthesises the range of research reports into themed evidence-based chapters on young people, parents, schools/teachers, and community.

Given the primacy of ‘aspiration’ in the research remit it may be useful here to present some preliminary thoughts. In recent years the concept of aspiration has gained some traction particularly at policy level (see Chapter 2). There is a perhaps uncritical assumption that aspiration is as good and natural as motherhood and apple pie. 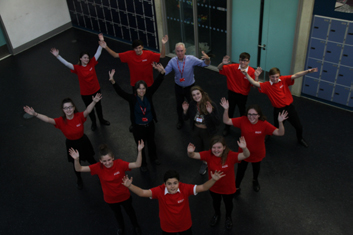 Furthermore, aspiration spurs attainment – the latter understood as meeting external standards such as SATs or ‘A’ Levels. In addition, the tendency is to assign aspiration as an individual’s responsibility1 with each student responsible for his or her own success or failure. Lack of aspiration is seen as a deficiency that undermines academic success and attainment.

However, other literature (described in Chapter 2) suggests that outcomes do not depend on individual aspiration alone, but also on wider socio-economic circumstances. It often happens in socially deprived communities that only a low percentage of working class children achieve high academic levels2. In other words, there is a class gap in educational attainment which disrupts the link between aspirations and attainment. Moreover, in the face of inequalities associated with factors such as school based testing regimes, poor or overcrowded housing, low household income, caring responsibilities or lack of confidence, it is challenging to persist with aspiration3.

Additionally, contemporary research tells us that aspiration is first and foremost a characteristic assigned to individual students and less so but of significant importance to their parents4. The wider community as a significant contributor is most often overlooked. Our research addresses aspiration as an all-round or collective responsibility – students, teachers, schools, home and community.

The suggestions derived from our research are that aspiration needs continual review and support but more importantly that this quality of future orientation is not only the responsibility of individual students and students collectively but also teachers, schools and the surrounding community. In effect it collectivises aspiration: reflecting that African proverb “It takes a village to raise a child..” – the entire community is involved in helping a child to grow and realise its potential. Furthermore, we will argue that strong, positive relationships between different groups within communities are fundamental to shaping the life chances and goals of young people and their families.

The report structure is presented in eight chapters with our findings arranged around four themes: young people, parents, school staff and community. The Youth chapter outlines the design and application of a game based on snakes and ladders to help identify issues that help or hinder aspiration. Also, 38 young people from Whitley’s two secondary schools were interviewed – findings from both initiatives are presented.

There is then a chapter addressing parents and the aspirations they have for their children and their relationships with their child’s school – 122 parents were interviewed, overwhelmingly resident in Whitley and most in social housing. An in-depth survey with 14 parents further explored their views on education and the school.

Two surveys engaged school staff members; one involved 38 teachers and a further 15 teachers were interviewed at JMA about their own past and present aspirations – this latter survey was designed and administered by the Young Researchers team.

There were three activities engaging a wide range of community representatives. The first via interviews with Whitley Stakeholders in which two University of Reading interns asked nine local agencies about their views on barriers and opportunities to community and individual aspiration. Secondly, a community panel was convened in which ten residents and agency representatives responded to questions from the Young Researchers on how the Whitley community supports the hopes and aspirations of its young people. Finally, a partner meeting led by W4R met to discuss the latest findings with a focus on generating firm conclusions as a foundation for action planning.

Each of these chapters offers conclusions based on the findings and in turn these contribute to a final set of recommendations for action. This appears to be a unique contribution to a more holistic appreciation of the place and responsibility for aspiration in a socially deprived community - its conclusions strongly emphasise a collective approach with key leadership from young people themselves but a no less stress on all associated with community betterment and improvement working in partnership with a common and binding mission.